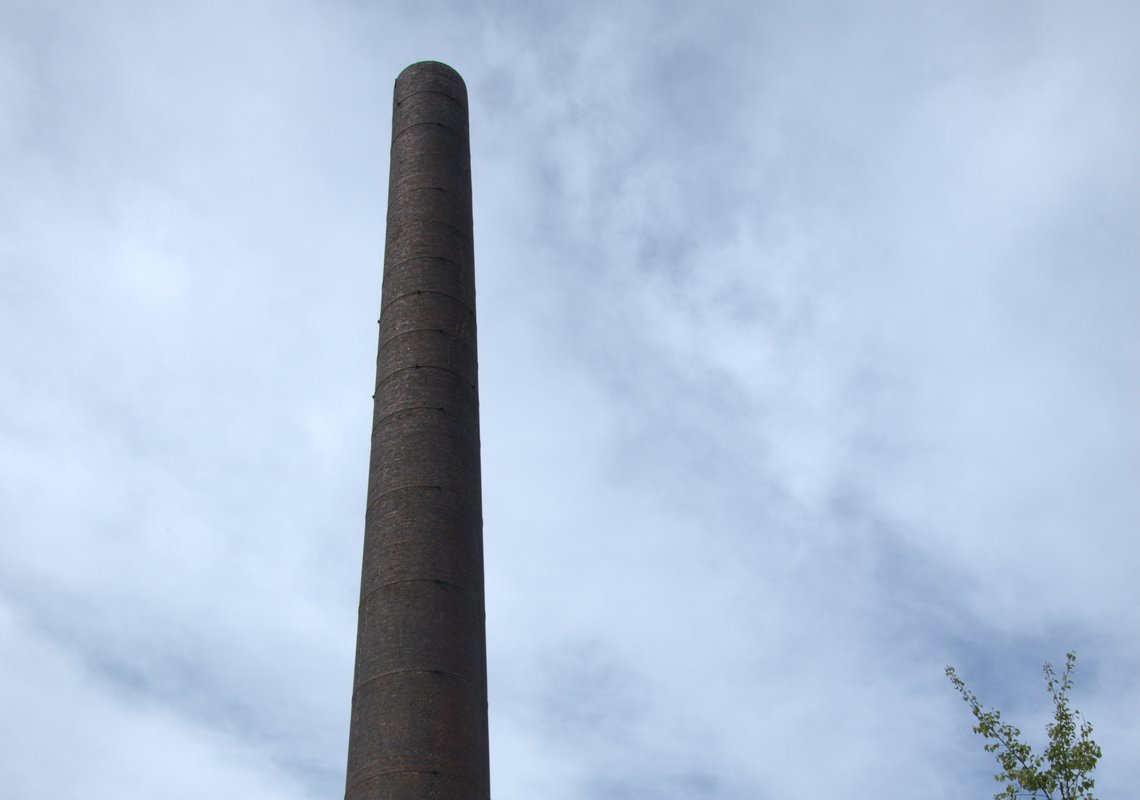 In 1891 work began on the construction of a chimney stack which served several banks of Lancashire boilers situated around its base in the central part of the colliery complex. The chimney, originally approximately 60 metres high, has since been shortened but it survives in good condition. The Chimney now stands at about 55 metres, but the top 10 metres were removed by Fred Dibnah in the 1970's (There is a suggestion that Fred only repaired the bands around the chimney and the other work completed by Rafferty Brothers - Steeplejacks from Tunstall) and a concrete cap installed at the top to prevent the ingress of rainwater.

Text: The 'SUFF' by Dennis