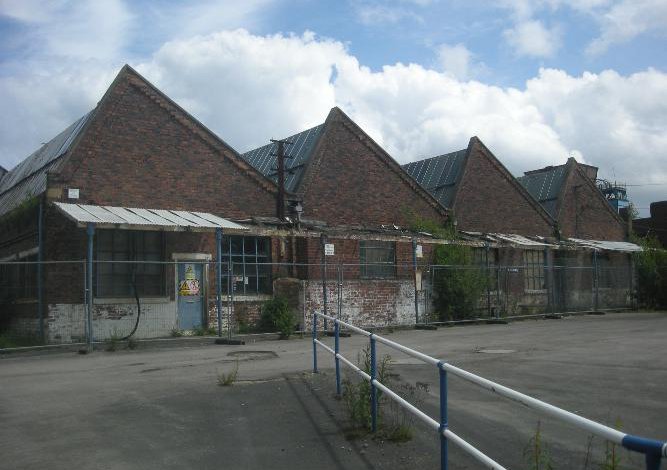 This 1922 structure replaced and existing lamphouse, whose capacity had been outstripped by the end of the first world war. A growing workforce and the recent introduction of heavy hand held electric lamps in addition to the normal lamps necessitated a new, dramatic building whose soaring roofs are unlike any other building on the site. Together with the Pithead Baths, this was the most heavily used building. Although it is largely unchanged, the lamphouse formed the reception area of the Coal Mining Museum at Chatterley Whitfield between 1979 and 1993, and is Grade II listed. Electric miners' lamps were gradually introduced to collieries from the early C20, as they were not only safer but also offered higher levels of luminosity than had previously been possible with flame safety lamps. In 1914, a South Wales Miners’ Federation conference resolved 'that we press for the general use of electric lamps in mines'. The lamp house at Chatterley Whitfield was where miners collected and returned their lamps and riding checks or tallies at the start and end of each shift. It provided facilities for charging and cleaning electric hand lamps, as well as oil safety lamps which continued to be used for detecting and measuring gas after their use for lighting became obsolete. Electric hand lamps were replaced with cap lamps from 1945.