Our projects investigate three sites, representing the past, present and future of decommissioning. Each site has its own, unique story, and contribution to our project, and together they will give us a more rounded understanding of the challenges posed to communities faced with decommissioning, and how we might, in future, do it differently. 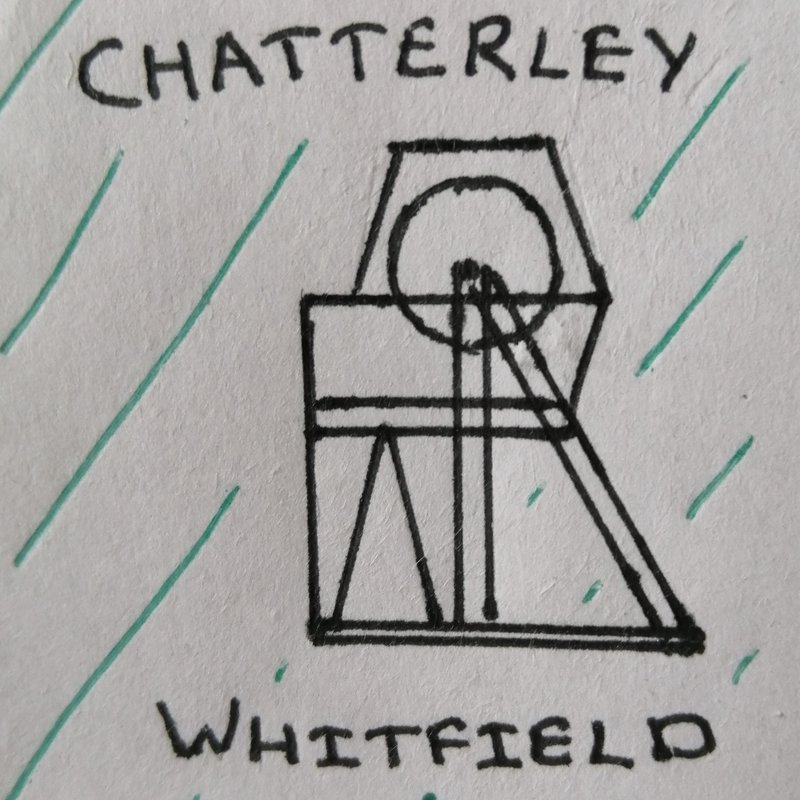 The complex of pithead winding gear, offices, fan housings and workers’ service structures that stand over the Whitfield Valley in Stoke on Trent constitute the ‘most comprehensive example of a deep mine site in England’ (Historic England). The heritage here is multilayered, with structures both above and below ground mirroring the history of coal since at least the late eighteenth century, while the site has a unique story of memory innovation - a museum that featured both real and ‘fake’ descents into the workings themselves ran from soon after the colliery’s closure in 1977 until 1993. As such, Chatterley-Whitfield provides the project with examples of past decommissioning success and failure, and the Chatterley Whitfield Friends, an active community group who are leading the regeneration of the site offer a wealth of experience from which we can learn.

Chatterley Whitfield forms an emotional anchor with the past for much of the region; an integral part of a landscape shaped by a long history of mining and industrial production in which Potteries residents have substantial pride. The Friends have salvaged its archive and many objects, establishing a visitor centre and organising site visits, but the site requires significant investment and careful management to assure its future. Though many of its buildings are either scheduled monuments or grade II/II* listed buildings, most are in a dangerous state of disrepair that has rendered the site largely inaccessible. Regeneration plans emerged in 1995, 2000 and 2009. The Whitfield valley is now a valued nature reserve, and a small part of the area nearest the site entrance is home to several businesses as well as the visitor centre, but the rest of the site has been neglected, to the benefit of some local wildlife. Nearby communities, involved through existing stakeholder networks, will contribute a wealth of local experience on decommissioning processes. 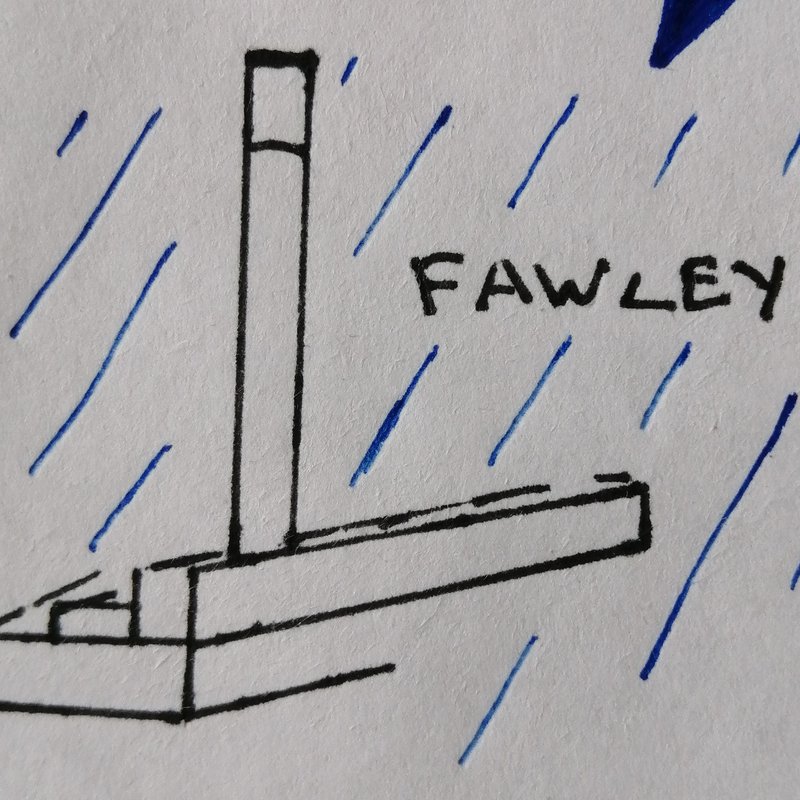 See Fawley (fawleyfilm.co.uk) for our Award Winning Film about Fawley!

In 1947, the British government made a compulsory purchase order for a large stretch of land on the west bank of Southampton Water. The land comprised approximately a third of the Cadland Estate, the remainder of which lies in the south-east corner of New Forest National Park (designated 2005). The Fawley oil refinery was built on the site, followed in 1971 by the Fawley power station. The latter is famous for its iconic chimney, long used as a navigation aid by sailors in the Solent, and the circular control room, a favourite for Hollywood location scouts. Cadland House, including parkland landscaped by Capability Brown and forty estate cottages, were lost to the development. In March 2013, the European Union Large Combustion Plant Directive ensured the power station was shut down. What, in the 1970s, could be promoted as the UK’s most efficient power station, was later condemned as its most polluting. The planning authorities are currently considering a fiercely ambitious masterplan to transform the site into a new business and residential complex, a new town according to the promoters. If the Fawley Waterside plan is approved, its implementation will be as transformative as the high modernist, statist developments of the 1950s, 60s and 70s.

The site’s possible future is contentious and throws into sharp relief the challenges and opportunities bequeathed to the twenty-first century by the de-commissioning of twentieth-century energy infrastructure. Tom Tiddler’s Field, an undeveloped part of the power station site that falls within the boundaries of the National Park, has become totemic, but wider-ranging interests, public and private, are also at play in the future of the site. How these interests can be balanced poses a tremendous planning challenge, not least because the proposals claim to deliver significant biodiversity gains to compensate for the loss of existing semi-natural sites.

By working with the Friends of the New Forest, which has in excess of 3,000 members and close ties to the local community, we will explore the affect the lifecycle of the Fawley oil refinery and the power station has had locally, including how local people have engaged with past and present planning processes. By seeking to understand local perceptions of the site’s changing presence, and particularly how this experience might be understood as generational, the Fawley site will allow us to consider planning processes in both their temporal and their spatial context. 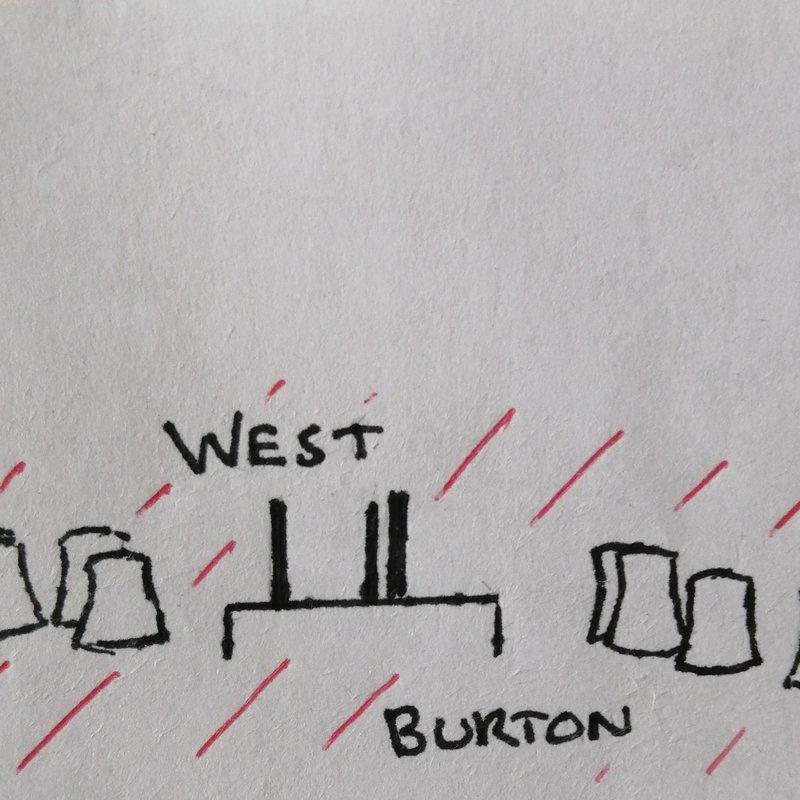 The power station at West Burton was built on the Nottinghamshire side of the River Trent, near to the market town of Gainsborough, Lincolnshire, between 1961 and 1969. West Burton is iconic: not only was it the first 2000MW coal fired station in Britain, it also 'represented the first attempt to predict, in a comprehensive and systematic manner, the visual impact of a power station'. The orientation and careful positioning of the different elements of the station complex and, most notably, the use of coloured concrete for the cooling towers were radical attempts to ‘naturalise’ this very modern development along the flat, grass and wetland habitat of the Trent Valley. This earned West Burton a Civic Trust award in 1968, when it was commended as ‘An immense engineering work of great style which, far from detracting from the visual scene, acts as a magnet to the eye from many parts of the Trent Valley and from several miles away.’

Because of this, West Burton has become an established landmark for the people of Gainsborough and of the surrounding district. The story of West Burton is a story of postwar Britain: in Gainsborough, a new council estate completed in the mid-1960s had homes specifically designated for Central Electricity Generating Board workers at West Burton. But coal fired power stations like it are now being decommissioned and demolished. West Burton was one of three built along this stretch of the Trent: High Marnham was demolished in 2012, and Cottam was closed in September 2019. West Burton has a future because a gas turbine power station was commissioned there in 2011, but its once aesthetically respected cooling towers are now under threat.

To the townspeople of Gainsborough and the surrounding area, West Burton has ‘always’ been there: its presence over time has led to a perception of familiarity and attachment. Importantly then, this part of the project will be conducted in collaboration with the well-established Gainsborough Heritage Association (GHA), a registered charity founded 25 years ago to help preserve and promote Gainsborough’s history and heritage, and via a community of local and regional photographers from the online photographic community, Flickr, who have posted over 1500 photographs of West Burton alone amongst nearly 13,000 of power stations in general.The GHA has its own heritage centre, which will serve as a hub for this communal exploration of the visual and imaginative attachment that West Burton clearly stimulates.