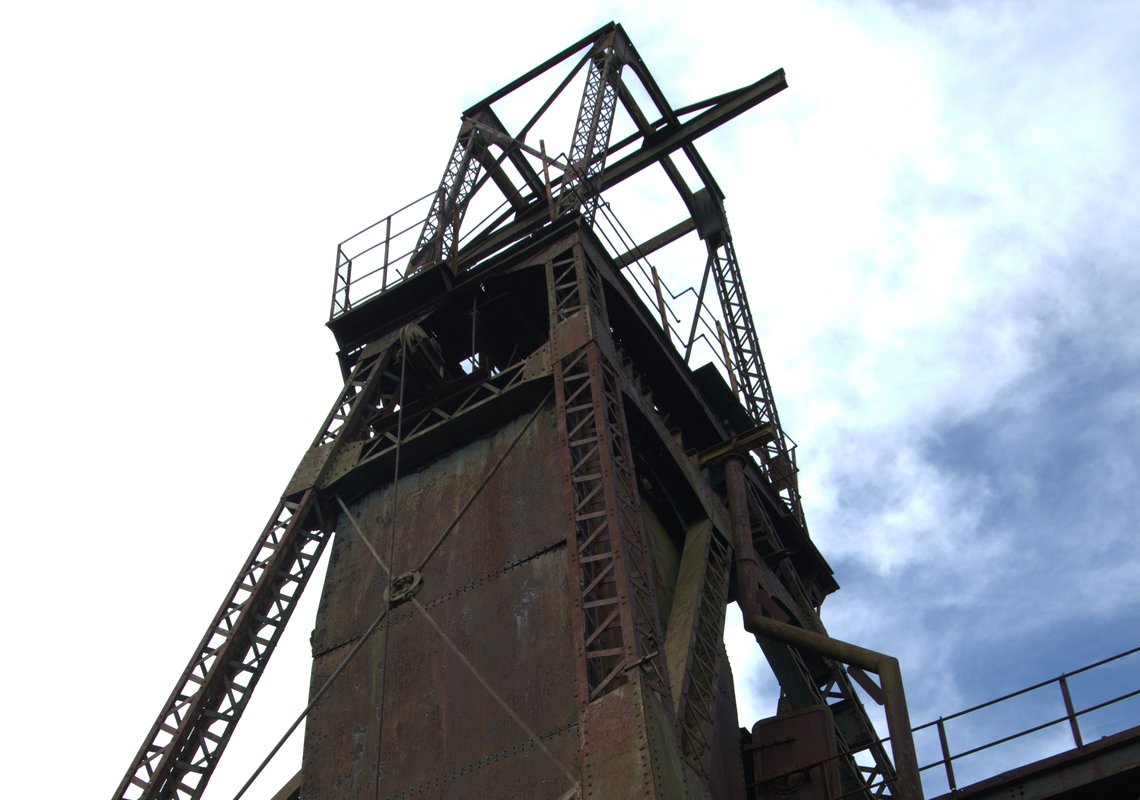 By the mid 1860s there were four shafts on the lands of the Whitfield Estate. Following the purchase of the site by the Chatterley Coal and Iron Company in c. 1872, three of these shafts were deepened in order to strike lower coal seams. One of these shafts was the Old Bellringer shaft, which was renamed the Institute in 1874. A number of early- and mid-twentieth century structures associated with this shaft remain standing and are situated in the south-eastern part of the site. These include an engine house, built during the 1950s-60s, and the steel headgear, erected in 1922. To the north of the shaft, the fan drift and fan house remain standing. This building, also constructed during the 1950s-60s, houses an intact electricity driven ventilation fan. The brick-built engine house, built to replace the original winding house, retains its electrical winding engine. The buried remains of earlier structures associated with the Institute shaft, including the original winding house, are thought to survive beneath the ground surface. Scheduled Ancient Monument.