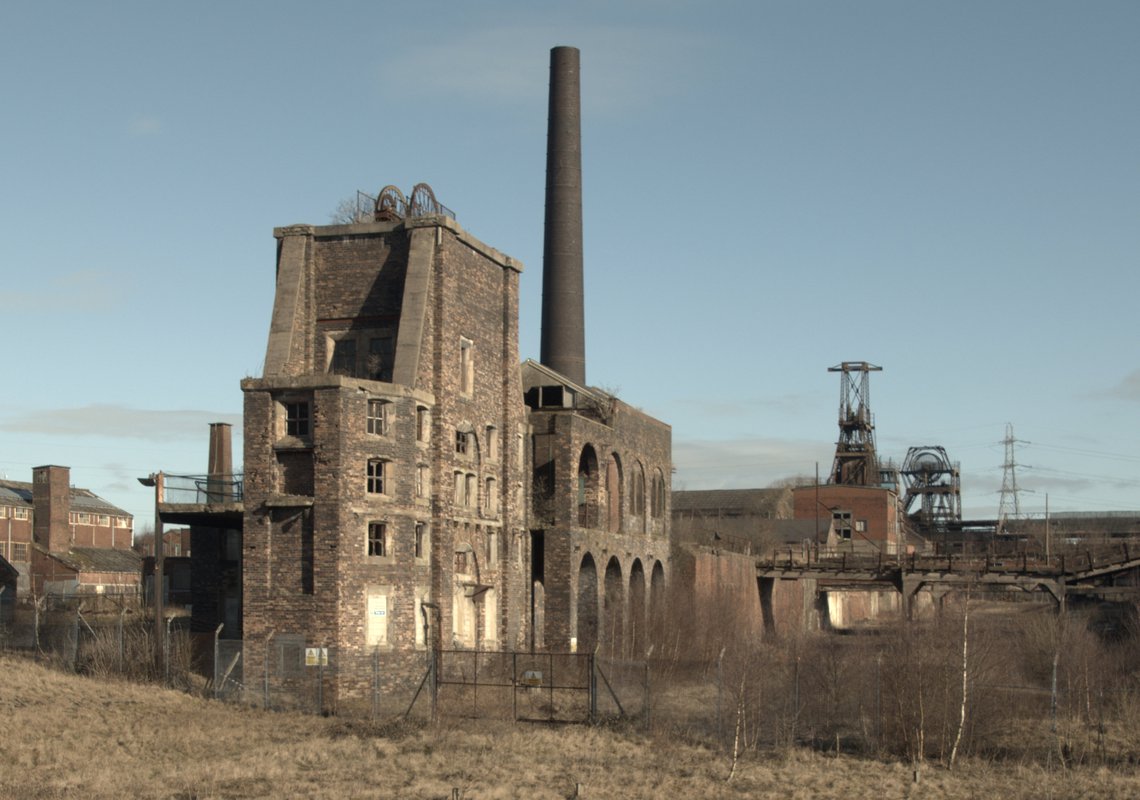 At the turn of the twentieth century, Chatterley-Whitfield was a prospering colliery. In 1912, a minor, non-fatal explosion exposed dangerously poor ventilation in the mine. Work to alleviate the problem began in April 1913, and the new shaft, 5 yards in diameter and 700 feet deep, was completed in 1914. It was named after the Company's mining engineer Robert Winstanley. The heapstead and winding engine house are constructed entirely of brick; a design adapted from the German 'Malakoff' towers, though Chatterley-Whitfield's version lacks the ornamentation and fortified appearance of those in the Ruhr area. Nevertheless, it is probably unique in British coalmining. Once Winstanley opened, the Prince Albert shaft, located behind the present Hesketh Shaft, and the Engine Pit, located between the newly sunk Winstanley Shaft and the Middle Pit, were closed and filled. The original steam winder was replaced by an electric winder in 1966